"Once there was and was not." Lucine Kasbarian's tale from Armenia 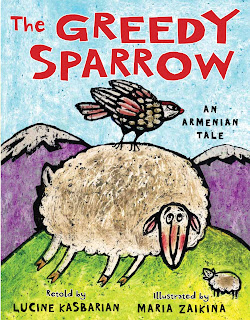 Ever since I read Lucine Kasbarian's  folktale, The Greedy Sparrow, an Armenian Tale  published this year by Marshall Cavendish, I've wanted to talk with her. I wanted to understand her process of retelling a tale and how this tale holds the traditions of the Armenian tales she grew up hearing.  Then I heard that UNESCO named Yerevan, capital city of Armenia, as the World Book Capital for 2012.  So I wrote her.  Lucine and I are connected by publisher.  I also have a book coming with Marshall Cavendish, a small press in the limelight today since its children's book list was acquired by a new Amazon imprint. One thing Lucine and I hear from publishers and editors at Cavendish and the new Amazon imprint is that they  "believe in the craft of the book."
The Greedy Sparrow is, indeed, such a book of craft. It's a wry comeuppance tale of a sparrow who tries to manipulate  a series of village folk and animals - and does pay. Lucine explained about The Greedy Sparrow, the Armenian folktale tradition, the city of Yerevan, and Armenia today.

"Armenian folk tales come from an ancient oral tradition, where values and truisms were shared around the hearth to entertain and educate. Our national epic, David of Sassoun, dates back to the 8th century. It narrates the legendary deeds of Armenian daredevils and gives voice to our nation’s deepest feelings and aspirations. Unlike better-known epics such as The Odyssey, Gilgamesh and Beowulf, David of Sassoun survived solely by word of mouth, transmitted from one generation to the next by poets and troubadours. This epic was first recorded on paper in 1873 by an Armenian bishop who had close contact with the peasantry in the remotest parts of mountainous Western Armenia. There, life had not changed for a thousand years, allowing traditions to remain relatively intact. The Bishop discovered and later cajoled Gurbo, a village bard from Moush, to recite the tale -- an undertaking that took several days to accomplish. Dear Gurbo, like those before him, had memorized an epic narrative that, when finally written with all its variants, was more than 2,500 pages long.

Folktales have a universal quality. They can touch everyone, regardless of age or social, educational, ethnic or economic status. They instill certain values and have withstood the test of time because of their simplicity, humor, wisdom, and understanding of human attributes. Armenian folk tales incorporate myths, legends, cautionary tales, absurd humor and proverbial wisdom, often full of magic, spirits, talking animals and a moral lesson, and show human virtues and shortcomings.

Armenian tales traditionally begin with “Once there was and was not,” meaning that they may have been real or imagined, and end with a variety of sayings. One is “Three apples fell from heaven: one for the teller of the tale, one for the listener of the tale, and one for the child who will one day retell the tale.” So here, we have stories organically containing instructions advising listeners to pass along the tale when they grow older. I followed that dictum, translating The Sparrow’s Tale into the English from the regional Armenian dialect of Dikranagerd (today’s Diyarbakr, Turkey). It is in that dialect that my father relayed the story to me when I was a child. He himself learned to recite the tale from his grandmother, a celebrated storyteller in the Old Country, who would sing and dance as she narrated. When The Sparrow’s Tale was told in the Dikranagerd dialect -- which is an earthy, colorful, humorous language -- the wry humor really shone through. And while I did try to recreate the absurd spirit of the tale in English, hints and shades were unavoidably lost in translation.


In sharing "The Sparrow’s Tale" with me, my father preserved something very precious: a part of our national inheritance. Our genocide survivor ancestors did not pass down family heirlooms such as rare carpets or jewelry. When Armenians were massacred or sent on death marches, tangible valuables were left behind, stolen or destroyed and their civilization was wiped out. But what some survivors held in their memories -- such as songs, dances, and the stories told by their people, what UNESCO calls “intangible cultural heritage” -- endured. Heirlooms of this sort are priceless, especially when we are talking about endangered cultures. 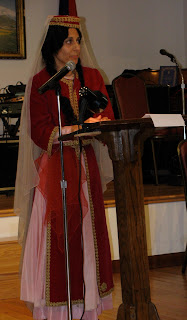 I think this tale -- retold as The Greedy Sparrow (a picture book for Marshall Cavendish) -- resonates with all ages, not only because the message conveys that manipulation is ultimately not rewarded, but because it also showcases native Armenians practicing traditional folkways. Even as my family today lives far from Armenia, those folkways have tremendous meaning for us. In fact, the bride’s attire in The Greedy Sparrow bears a strong resemblance to my own folkloric wedding gown. To repeat an Armenian proverb of exile, “Even in a golden cage, the nightingale longs for his native land.”


I’ve worked in Armenia many times over the years, during both the Cold War and independent eras, primarily assisting in the restoration of ancient monuments with a group called Terre et Culture. It would be an honor to visit Yerevan in connection with my new book and the programs being organized around the UNESCO World Book Capital celebration in 2012. And it would be gratifying to meet writers and illustrators and perhaps sow the seeds for future collaborations.


Beginning five years after an earthquake in 1988, Turkey imposed a blockade upon Armenia. Turkish officials say it was in response to Armenian occupation of Azeri land. In reality, the uprisings by indigenous Armenians came in response to Azeri pogroms and ethnic cleansing on native Armenian soil, in the enclave of Nagorno-Karabakh. The result of this Armenian resistance was the creation of a de-facto independent republic comprised of historically Armenian territory that Josef Stalin had handed over to the Azeris in the 1920s.
What is life like with the Turkish blockade in effect? Armenians find creative solutions to everyday challenges, and embrace a lifestyle that would be characterized as “off-the-grid” by Western standards. Landlocked Armenia does trade with neighboring Georgia, Iran, and Russia, and so is not in isolation as a result of the blockade. Like the other former Soviet states, Armenia is dominated by oligarchs whose leadership is not dependent upon the will of the people. Many native Armenians are actually grateful for the blockade, which prevents what they believe otherwise could be invasion or infiltration by an unrepentant genocidal Turkey seeking eastward expansion."   Lucine Kasbarian

Posted by The Elephant Rag at 2:11 PM

The Elephant Rag
Welcome! I'm Terry Farish. I write for children and teens and coordinate Connections, the literacy program of the New Hampshire Humanities Council. The Elephant Rag is about books for children and teens from many cultures, and follows the Humanities Council project to create a Nepali-English picture book with new Americans from Bhutan. My first job was in Vietnam and ever since I've been interested in stories from many cultures. Write me a message from your corner of the world!

On Writing for Teens and Children Across Borders 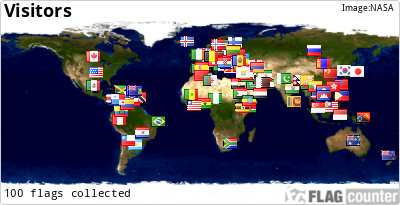